Ruta 40! The Long Way Down
Motorcycle Tour in South America

Ruta 40: Salta – Ushuaia Motorcycle Tour! The most legendary adventure road of South America leads along the Andes from the very north to the very south of Argentina, we will be crossing half the continent of South America. On a 3 weeks tour we’ll be riding our motorcycles from subtropical Salta in northern Argentina through the dessert areas of Catamarca and San Juan, through the wine region of Mendoza and the Mapuche-Indian areas of Neuquén to the paradisiacal lake district of Bariloche, the door to Patagonia. 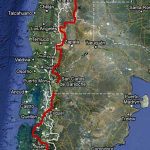 The Ruta 40: Salta – Ushuaia Motorcycle Tour is suitable for any motor-biker with some off-road experience who can bare long days on the bike and doesn´t fear the weather. People having lung, heart or blood circulation problems should consult their doctor for the altitude. 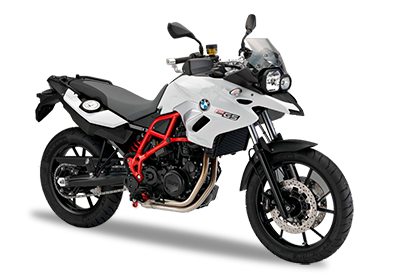 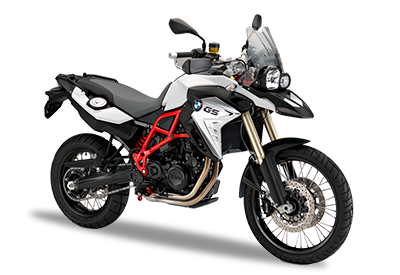 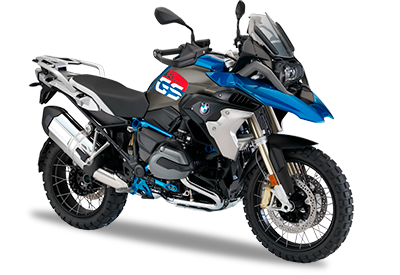 The Ruta 40: Salta – Ushuaia Motorcycle Tour starts at the airport in Salta where you will be picked up and brought in the Hotel from where your motorbike tour starts next day.

We’ll leave Salta southwards through the fertile Lerma Valley, which narrows into the canyon of the Quebrada de Cafayate. This beautiful canyon is striking for its red sandstone formations, weathered by wind and water to bizarre shapes. Through the sandy planes of the Calchaqui Valley we’ll ride our motorcycles into the town of Cafayate, the wine capital of Salta.

We’ll visit the impressive pre Inca ruins of Quilmes, and now on the legendary Ruta 40 we’ll keep heading south on tarmac and gravel roads through the sparsely populated planes of Catamarca.

After crossing the rocky pass Cuesta de Miranda to stay in the village of Villa Union we’ll visit the National Park of Talampaya, impressing us with it’s spectacular canyon and diverse fauna and flora. We’ll carry on to reach the Nature Park Ischigualasto (Valley of the Moon) with it’s naturally carved bizarre rock formations which can be visited on the bikes.

On tarmac road through bush land and wine plantations we’ll pass San Juan and ride into Mendoza City, the wine capital of Argentina.

On our way south on the Ruta 40 along the Andes we’ll pass fruit plantations, lakes and the volcano Diamante. By cossing the Diamond River we’ll get into northern Patagonia and visit the first patagonian highlight, the Atuel Canyon. We’ll carry on through basaltic dessert areas into Neuquen and follow a valley high above the river to reach the volcanic landscapes of Copahue, Caviahue and Pehuenia, with their snow capped volcanoes, and shining lakes seamed by unearthly Araucaria forests.

On the Pehuenia Circle we´ll enjoy an endless amount of Araucaria trees and lakes and rivers on our way to San Martín de los Andes on the shores of Lake Lacar.

Today we’ll enter the lake district of Bariloche on the Road of the Seven Lakes by which we reach Bariloche, the beautiful situated capital of northern Patagonia.

Now the Ruta 40 leads us south to El Bolsón and through the National Park Los Alerces to the welsh settlement Trevelin.

Crossing over to Chile we’ll hit the legendary Carretera Austral with it´s very humid climate this fjord area has lush green vegetation and roaring rivers in a beautiful mountain setting.

We’ll ride our motorcycles on probably the nicest part of the Carretera Austral, going round the green shimmering Lake General Carrera having spectacular views of the northern inland ice-field.

Back in Argentina we’ll carry on with our adventure on the old Ruta 40 that goes along the main Andes mountains southwards and reach a traditional Estancia where we’ll enjoy a typically barbequed patagonian lamb.

Riding along the shores of shining Lake Argentina we’ll reach El Calafate where we visit of the famous Glacier Perito Moreno. Carrying on through the steppes we’ll reach the famous granite towers of Fitz Roy and Cerro Torre.

By the Ferry over the Strait of Magellan we’ll transport our motorcycles onto the island of Tierra del Fuego and after a windy ride over the island we’ll get to Rio Grande. Passing the Garribaldi Pass we’ll finally reach our destination: Ushuaia, the southernmost city of the World.

*Note: The tour operator reserves himself to make changes or adjustments to the itinerary at any time.

Do you have any question?

Do I need riding skills?

How do I get there and back?

Usually from all over the world you first have to fly to Buenos Aires, the capital of Argentina. From there you go on a local flight to your starting destination. Depending on the tour you chose this would be Salta, San Carlos de Bariloche, Ushuaia or Mendoza.

There are two airports in Buenos Aires: The international airport Ezeiza (EZE) and the city airport Aeroparque (AEP). Usually you will arrive in Ezeiza, go through immigration, get your bags, go through customs. Then you probably have to change to the local airport Aeroparque to go on your local flight. You need to have 3-4 hours minimum between the arrival and take off if you change Airports in Buenos Aires

When do I get there? And back?

The tour begins with your arrival at the starting location. E.g. if the tour is dated 1.1.2025 – 10.1.2025, we meet in the evening of the 1st of January for briefing, handover of the motorbikes, welcome dinner, and you can catch a flight back on the 10th of January to fly back home.

You can take your flight back home on the date indicated as ending date. That is the day after the last riding day

It is recommended to get to the starting location one day earlier, we happily make a reservation for the room extension for you.

Which hotel nights are included?

You will need a decent riding gear, clothing for all kinds of weather and moderate temperatures, sun protection, personal items.

Is it dangerous to travel there?

Apart from the big cities, South America is safer than expected. It is very safe to travel in the countries we go to. In the mayor cities you have to take care of pick pocketers and scams as everywhere, but no violent crimes are to be expected.

Which language is spoken?

The official language in all South America is Spanish, except for Brazil. English is understood and rudimentary spoken in Hotels, Restaurants and other touristic locations. Anywhere else you would need to speak and understand Spanish to communicate.

About COVID-19 and Insurances

You need an international health insurance that does not exclude motorcycling. It has to cover any possible hospitalisation, surgery, medicine and/or repatriation costs. It also has to cover explicitly COVID 19.

Due to the ongoing SarsCov2 Pandemic we are frequently adjusting to the changing rules worldwide and in Argentina. It is very important that you check the travel rules of your home country but also the ones you are traveling to.

If travel rules of the affected countries by your travel will make it impossible to participate on a tour with us, we will refund any payments you have made to us.

Not only the gorgeous South American landscapes, but also the history, culture and way of life of the people, is what we want our clients to experience. Perfect tours for small
groups: this enables us to design tours individually, and to adjust them to the
needs and skills of the participants. 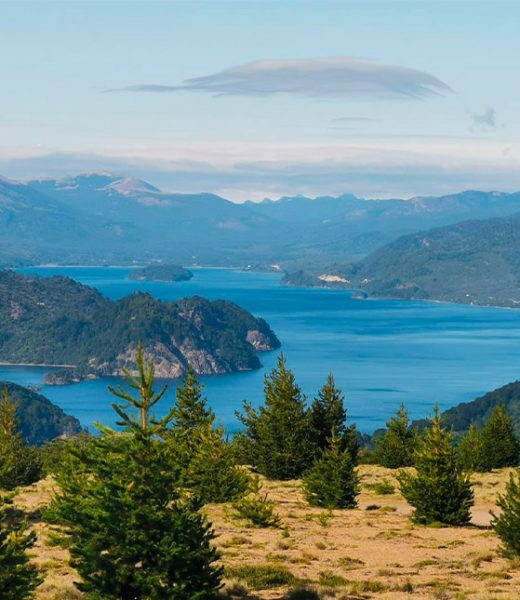 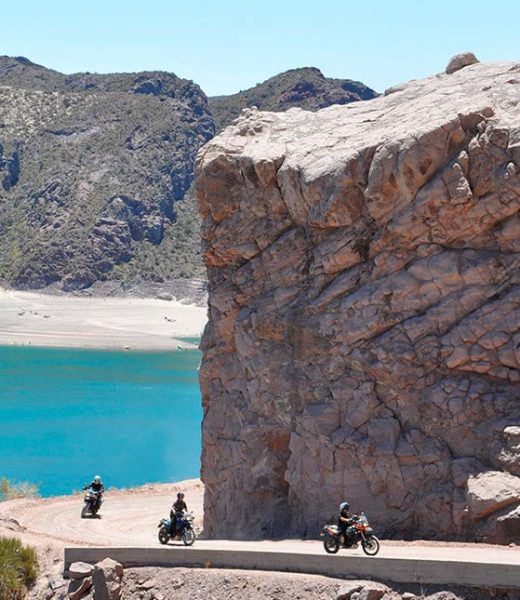 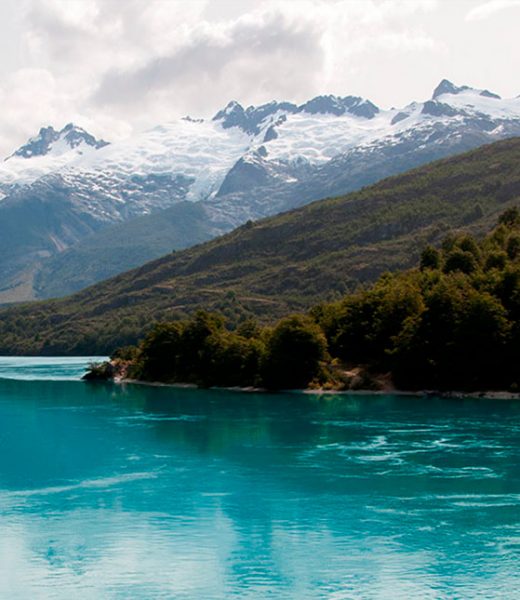 +
We use cookies to ensure that we give you the best experience on our website. If you continue to use this site we will assume that you are happy with it.Ok